Your Family in Insurance 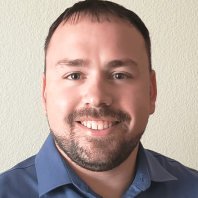 Since 2014, Jason has been one of the Nation’s top Insurance Producers for a highly rated, fiscally responsible insurance company that has been in business for more than 100 years.

Because Jason values the person and the relationship with his clients, he continues to be recognized each year with awards, accolades, and honors and has been approached by others who are respected in the industry to teach and mentor Agents as a result of the values he holds towards his clients.

One of Jason’s core values being ‘always help the other person,’ he has thrived in this industry and is excited about the opportunities surrounding Hall Benefits.

Before selling insurance, Jason served our country as a Master at Arms of the United States Navy and was a Military Police Officer, completing his service as a member of the S.W.A.T. team on his Military Base.

He followed his Service as a Security Officer and Union President (as a civilian) on a different Military Base for several years. 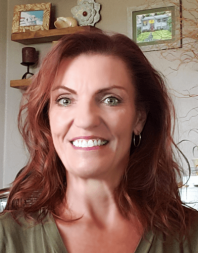 Tonja held her first business management position at the age of 17 and had several years of elite retail management.

She is energetic and fearless when it comes to business.

For many years she was the owner/operator of a successful contracting company in Park City, Utah, which gave her immeasurable amounts of experience in exclusive customer service, employee training, research, writing, contracts, strict compliance, and so much more.  In the decade and a half in running her business, she had almost no employee turnover.
​
Additionally, Tonja has had the opportunity to work with an attorney for 15 years; during this time, she also worked as Director of Compliance for a company that was newly creating Franchising opportunities.  Furthermore, she created their internal website and franchisee communication and onboarding material.

Tonja has a passion for creating unique business solutions that serve clients with the highest of standards while creating an atmosphere that gives team members every opportunity to thrive and enjoy life.

Hall Benefits – Independent Life Insurance – founded in Las Vegas, Nevada, and expanding throughout the western United States, serves our clients with customizable life insurance that can suit their needs today and into the future. Our Agents can design a policy that ensures your financial security should you suffer catastrophic illness/injury.
​
Hall Benefits Agents are committed to making sure that you have the best policy for your circumstances, even if that means auditing your policy & situation and not selling you anything.
​
Our mission is to educate our clients, and the community, about how to better prepare for their future financial needs through insurable means. We even have policies that you pay in to, thus creating the insurance coverage you need, and then at 20/25 years, take all your money back!

Do You Have Questions You Want to Answer for Yourself? 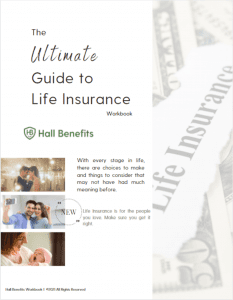 Download our FREE Guide to Life Insurance. This Guide will walk you through many of the easy to answer but sometimes difficult to ask questions many people have about life insurance. Once you've finished, you should have the answers you're looking for.

Once you've completed the FREE Guide to Life Insurance, contact us and one of our Agents will help you create the policy that your family needs at a price you can afford.